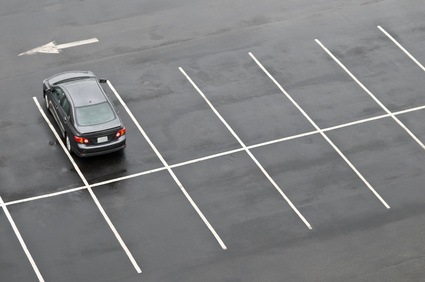 1)  STUDY FIRST, RESTRIPE LATER (Item 12): Head-in parking downtown? The council made some amendments to the staff’s Downtown Parking Management study RFP.  Satterlee asked that it be completed in no more than 4 months.  Carpenter wanted a bias towards an in-lieu approach removed. There was no support for letting Sorensen’s 40 Main Street parking  lot restriping of Plaza 10 be permitted as a pilot program BEFORE completion of the study. Neighbors and other residents didn’t want change.

3) KEEP OUT SIGN for PAY DAY LENDERS (Item 10): A temporary  45 day moratorium on allowing payday lenders to set up business in town passed.  The Los Altos Chamber of Commerce declined to endorse that.

Here is the City’s 200 page Full Agenda Packet in a single file including the bike plan.

Here is the 2 page Los Altos Politico post about the agenda  from a week ago.

WAS PULLED FROM CONSENT BY VAL CARPENTER

Val Carpenter: She requested that the goals listed in the plan actually be stated as priorities. She objected to the use of specific business names.  For example when the plan recommends expanded on street parking downtown, Carpenter felt it was wrong to name Pete’s and Baskin Robbins on State Street or to recommend parking in front of rather than in back of a location.  She preferred that “bike parking be expanded near coffee shops or ice cream shops” be adopted as the language throughout the document.

Megan Satterlee:  She offered some revised language about the Steven Creek Trail

Bill Crook of Bicycle Advisory Committee: Mr. Crook asked that the plan approval not be delayed further.  Multiple revisions had already stretched the prep time to over 9 months.  An outdated plan puts obtaining grants at risk.

Outcome:  Council approved the plan unanimously, not sending it back to BPAC, but instructing staff to use their judgement in making the plan language more generic in the manner request by Mayor Carpenter and incorporating Ms. Satterlee’s change.

CIP includes a budget of $200 K.  Three bids were received. The staff recommends the low bidder $168K  which has successfully completed similar work for several cities in the area.

The city is accepting about $20K and will apply it to the Grant Road pathway project.

PULLED FROM CONSENT BY MEGAN SATTERLEE

Megan Satterlee: She suggested using the same Class I signage that the regional Stevens Creek Trail uses.  That trail allows scooters and skateboarders all on the same trail.

Public Speaker:  Jim Fenton said the lack of signage on Berry Ave. was unfortunate. There as a nice wide Class 3 sidewalk, but bikers thought they had to ride in the street.

Outcome: The comments will be incorporated by city engineering and consultants as path signs are designed.

The City is spending $17,500 on E-Civis software. Project 03-16. License fees will be built into future operations. There is a possibility that the research function could help the city locate grant opportunities, such that the software would pay for itself.

7. Donation of Sculpture – The Thinker!!!
PULLED FROM CONSENT BY DAVID CASAS

Mr. Casas did some research including visiting an art historian at Stanford Art Museum. That museum owns and displays a Rodin Thinker sculpture.  The visit raised numerous issues: the real Thinker casting is 6 feet tall, not 8 feet; there may be copyright issues if this proposed gift is not a genuine casting- just what is the pedigree of this sculpture; what is the sculpture actually made of; will the material require special and expensive maintenance.  Mr. Casas did not think that a memorial plaque was in keeping with city policy, if there even was a policy on memorials.

Ms. Saterlee said the piece looked too large. It’s placement at Woodland library was on an area which might be more useful as a community garden or play field.

Mr. Packard said he normally would accept a gift like this.  It should be placed next to the building to make it look smaller, or even moved around to another side of the site.

Outcome: Council agreed to send the gift offer back to Public Sculpture Committee to find the answers about the sculpture before proceeding. This was thought to take a month or two.

There are about $37K of unexpended park-in-lieu fees over 5 years old.  By law these need to be explicitly recommitted by council.

A CIP project Collector Street Traffic Calming – Fremont from Miramonte to the city limit was mistakenly marked as completed in the Dec. 2011 mid-year CIP report.  It will be corrected in the next quarterly CIP report.

The impact fees report shows a current year balance of the parking fees at about $1.3M.  This amount must be the new Packard Building parking-in-lieu fee, just collected last week by Mayor Carpenter.

The report also shows how parking fee funds were disbursed on various City Park projects.  Such fees paid for more than half of Rosita Park improvements. ($927K of $1.7M)

The report also shows the Fee Schedule or prices of development.

9. Sublease Agreement between County Fire and Rural/Metro -PASSED BY CONSENT

The county is changing a subcontractor and the City has to agree to that.

COUNCIL wanted to know what would be the next steps after a 45 day temporary moratorium.  The answer per the City Attorney is a public hearing.  Council cajoled the staff into speeding up a study of how other jurisdictions regulate pay day lenders. One public commenter who is a lawyer says other cities implement zoning such as  a minimum distance between each lender, restricted signage, special lighting, special safety requirements

FIVE PUBLIC COMMENTERS. Two public speakers, who were industry lobbyists, spoke for not proceeding with a 45 day moratorium. Two speakers from not-for profits advocacy organizations spoke for proceeding with the moratorium.
Julie Rose, Los Altos Chamber of Commerce, said they had no position on this issue at this time, however any kind of ban on business was of concern.

OUTCOME: Council adopted the 45 day moratorium on pay day businesses. They directed staff to complete their study and have complete zoning language in 45 days for a public hearing.

OUTCOME:  The Poll showed less than the necessary 2/3 support to pass the bond.  Council agreed not to  call the $235,000 election for August 28. They directed staff to come up with some recommendations for minor repairs to Hillview and other buildings by May 8.  Those will be rolled into the next Capital Improvement Program (CIP) budget quarter.  Sentiment of council was than in 1 or 2 years perhaps the public would have a favorable opinion of the bond. Council strongly rebuffed talk by LASD that it would consider eminent domain on Hillview, if that was the best way or only way to obtain expended school facilities – a 10th site.

OUTCOME: Language that assumed a parking in-lieu program was removed from the RFP.  The city does not officially have one. Satterlee wanted to be sure that there would be public vetting of any restriping for head in parking.  The neighbors of Plaza 10 were added to the RFP as stakeholders to be consulted.  Council did not embrace Sorensen’s suggestion that his restriping of Plaza 10 be allowed to proceed as a pilot, outside of and before completing  the Parking Study.  In compromise, Saterlee requested that the study find a consultant who could complete the study in 4 months, not 8 months, so as to not hold up the Sorensen project or any other developer’s timeline. There was no desire to create the impression that the study was a de facto temporary moratorium on all downtown development. There was discussion of just how many parking spaces have been removed from downtown inventory  creating a deficit – 100 or 50 — due to approved  new developments so far.  It was agreed in principle that downtown should be “self-parking.”  Council was ok with some special spaces for electrical charging: two caveats 1) that they support only a few interfaces; 2) that the city not provide the electricity for free.

PUBLIC COMMENTERS INCLUDED:  One neighborhood stakeholder. One parking structure nay-sayer. One Electric Vehicle Advocate. One advocate for converting some parking spaces in the best spots for bike parking.

OUTCOME: Dean Petersen, Director of the Environmental Commission of San Mateo County, was in the audience. He said there were to be “scoping” meetings held by all the cities involved to determine if the ban was for all retail or only big retailers. After all the meetings, he thought the language of the EIR would be sent to his county supervisors by mid-October, then there would be a first reading, followed by a second reading in 30 days.  The EIR would be final before the end of the year.  Los Altos, as a city joining on to the EIR, simply has to adopt the County of San Mateo finding.