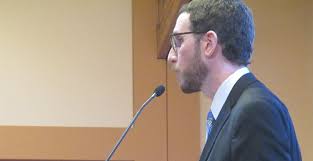 Senator Scott Wiener argues for SB35. We need to oppose it as written.

Sacramento is cooking up a new way to make the State Density Bonus law even more of a burden than it now…overriding our local zoning the way it does. Remember 4480 ElCamino?

Right now, when a private developer  feels a city is not complying with the State Density Bonus laws in respect to his luxury/market rate building project proposal, the developer can sue the city.  He has “standing” and is directly involved in the outcome of his housing project. He wants his exemptions and height bonuses.

SB35 would vastly extend the number of people who can sue a city for alleged “non-compliance” with the State Density Bonus laws.  When a city with over 25,000 in population can’t keep up with its Regional Housing Needs Assessment(RHNA) targets, SB35 allows building industry lobbyists, trade unions, and Housing Advocacy lobbyists to sue, even though they don’t have any “standing.”

There is an exemption in the current version of SB35 for cities with populations under 25,000. But Los Altans need to join the group of cities who are asking to amend the bill and raise the “small cities” cutoff to 50,000. Our population is about 30,000.

We need to act quickly to prevent this harmful SB35 bill from passing in its current form. You need to send a message to Senator Jerry Hill (the bill is now going back to the senate floor within days).

1. Call Jerry Hill’s office now at (916) 651-4013
2. Send an email to his office by clicking here (cut and paste below if you like!)
Call Jerry Brown’s office and ask that he veto SB35 in its current unamended form for small cities (916) 445-2841
3. Spread the word.
Here  is the message I am hearing. You could use this or similar:
Honorable Senator Jerry Hill:
We need to amend SB35 to take into account its impact on constituents who live in small cities.  Smaller cities, such as Los Altos, don’t have the same flexibliity to meet all the stringent requirements of SB35 as it stands now. Here we have almost no new developable acreage, and tearing down and replacing buildings with higher density will take time. Of course small cities must do their part. We have aspirations and plans for high density development, but have unique challenges. Please raise the minimum city size to 50,000 for SB35 and consider adding flexibility for small cities. By raising this limit, only a small fraction of developable housing will be exempted (13% as represetned by population) but 300 cities will be freed from burdensome regulation.
Sincerely,
John Q. Public
Supporting data for above: By raising from 25,000 to 50,000 the size of the city impacted, 300 cities be exempted from the amended regulation, and the fraction of residents in small cities — as a proxy for available development stock — will only drop from 81% to 68% a relatively small drop.

Great review of why this is bad from the League of California Cities:
SB 35’s Proposed Bureaucracy May Not Result in Much Affordable Housing
Text from their draft opposition letter is also insightful: “SB 35 has been characterized as a measure targeting “bad actor” jurisdictions that fail to approve enough housing to meet their Regional Housing Needs Allocation (RHNA) in all four income categories. However, SB 35 dodges the reality that state and federal affordable housing funding have slowed to a trickle. More than $1 billion annually in affordable housing money has evaporated with the elimination of redevelopment agencies in 2011. Funds from the 2006 state housing bond have been exhausted and federal dollars have been declining for decades. This massive withdraw of resources has contributed to the current challenges, yet no significant source of ongoing affordable housing funding is on the horizon. “
2.
This article’s photo of SB35 author State Senator Scott Weiner is from 48hills.org.  They oppose SB35 and removing local government from the approval process if localities fail to meet regionally determined “housing needs.” They have some other interesting POVs.
http://48hills.org/2017/05/02/scott-wieners-housing-straw-man/