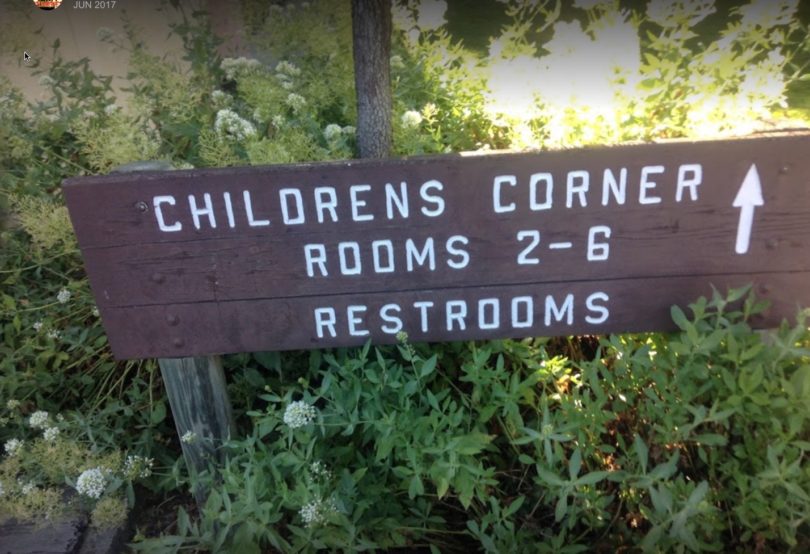 The general terms of the Children's Corner lease proposal for space a the new community center look favorable to the city.

Right now the City has over $30M in cash reserves that earn only about 1.5 percent…last I heard. The City is forbidden by thestate to invest in any but the most conservative financial instruments.

The Childrens Corner has offered to enter into a 20 year lease…such that an investment of city cash of ~$2.2 M from the $30M of City cash be used to build an additional 4,000 gross feet at the new Hillview Community Center project in order to house Childrens Corner. The proposed rent will earn an Internal Rate of Return (IRR) of about  7% on the $2.2 Million. IRR is a metric used to measure the desirability of capital investment projects by corporations.

Right now the City has over $30M in cash reserves that earn only about 1.5 percent interest…last I heard. The City is forbidden by the state to invest in any but the most conservative financial instruments. A proposed facilities lease with Childrens Corner could return 7% on some of those reserves.

The Childrens Corner has asked to enter into a 20-year lease…such that an investment of city cash of ~$2.2 M from the $30M of City cash be used to build an additional 4,000 gross feet at the new Hillview Community Center project in order to house Childrens Corner.  By Lalahpolitico’s calculation, the proposed rent will earn an Internal Rate of Return (IRR) of about  7% on the $2.2 Million. IRR is a metric used to measure the desirability of capital investment projects by corporations.

[Update: Sept. 27. New information suggested that the lease terms could be met with a 3,500 of gross square feet at Hillview rather than 4000.  That makes it cheaper for the city to build the asset, and therefore the return on the stream of lease payments is higher, like 9%. Also the calculation does not include an ending “salvage value.” Here it is the market value of the asset. If this were included in the calculation, which it is NOT, then the return would be much larger than 9%. ] The Childrens Corner rental proposal is using the current downtown rental rate of $5 a square foot. There is no subsidy Lalahpolitico can see.

Obviously  a 7% return on $2.2M City cash is better than 1.5%. Is the promised 20 year rental cash flow from Childrens Corner risky? Not particularly. The non-profit childcare organization has been around 40 years. Are they getting subsidized rent? Not at all, they will pay the going rate of $5 a square foot in downtown Los Altos for their 3,000 square foot of interior space at the new Hillview Community Center. If the non-profit were to fail in some point in the future, the City can quite likely find another tenant to pay a prevailing market rent. Or the City could just use the space for extra City recreation programming. The City will ALWAYS own the leased land and the 4,000 square foot of building on top of the land.

Well, could the City get even more per square foot from say — Google Childcare West? Maybe. [I doubt Google would line up to pay more than the prevailing rent of $5 sq foot.] But the decision to go/no go with Children’s Corner by City Council will be based not just on the decently favorable financial return. Instead the city will consider whether it wants to support 3rd party childcare organizations renting City buildings. Many cities do. For example this post explains how MV rents a separate building at Rengstorff Park out to 3rd party childcare organizations. Council can make a “finding” that the CONTINUITY of  a 40-year childcare provider at this location — the Civic Center — is a compelling use of city land for services of benefit to the general community. Is there a compelling reason to go and seek new, different childcare provider? Like malfeasance, non-payment, by Childrens Corner. No. These are the general lease terms as described to the Financial Commission. Agenda attachments of Monday Sept. 18, 2017. https://www.losaltosca.gov/sites/default/files/fileattachments/financial_commission/meeting/11131/item_5-children_corner_staff_report.pdf Lalahpolitico had been disappointed that no one has concocted and shared a spreadsheet which could  show us taxpaying financial types that the City was at least not getting ripped off with this proposed deal with Childrens Corner.

My husband and are retired economists with some background in corporate finance. So we took a shot at working up a spreadsheet to investigate “who was ripping off whom.”  We conclude that the City will be getting a very nice 7%  — aka “favorable’ — return on their investment of around $2.2 million to build the additional 3,000 interior square feet for Childrens Corner. We invite anyone to  take a different approach… or otherwise “correct” our analysis. We’re sure we forgot something.

Update Sept. 27. Reflects whether providing the tenant with 3000 sq ft of interior space required either 3500 or 4000 of gross square feet of construction

Even if everyone agrees that the City making 7% [9%] or more rather than 1.5% on some city cash is a good thing…reasonable people might believe…

“Reducing the activity, uses, and traffic visits, on Hillview, and instead expanding the amount of unprogrammed green space is a good thing.” Rebuttal: Perhaps the City Council prefers to continue most of the exisiting level of activity at Hillview – including City programming and even some 3rd party programming. Is it just some immediate neighbors who would prefer Hillview were just a big green park, hardly used?

It is a fact the 5 reasonable members at the Sept. 18 Financial Commission meeting voted only 3 to 2 to pass a motion that the “terms of the proposal were favorable” to the City. Why the dissent?

Of course, the commission members did not have an opportunity/time to crank a spreadsheet like Lalahpolitico has and see a 7%-9% return.   At the meeting, the minority inserted “concerns” into the motion about the City engaging in public-private partnerships, and  about the lack of a RFP process to solicit other childcare providers besides the 40-year tenant Children’s Corner. Lalahpolitico: Council can make the political/moral judgment. The financial part sure looks favorable.

Lalahpolitico Spreadsheet – showing 7% return on ~$2.2M investment of City cash to pay for 4,000 sq feet of building space to lease 3,000 interior space to Children’s Corner at the described terms. This is an excel file .xlsx