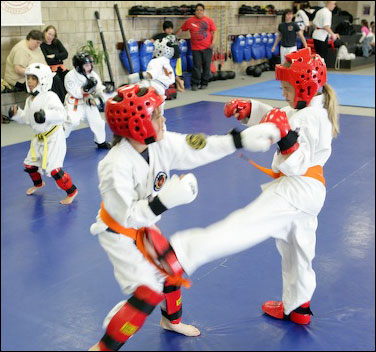 BCS won a court judgement in 2009 and as of May 23, 2012 received a writ ordering LASD to provide “reasonably equivalent facilities. As of May 7, in mediation, BCS had agreed to stay for up to 2 more years on the cramped Egan campus, in exchange for a long-term agreement.  Now LASD, after  on May 7 agreeing to a long-term arrangement giving BCS one of a list of specific campuses no later than 2014, wants BCS to stay on Egan for 2 years without any long-term agreement.

Judging from grassroots meetings, new email lists, and board postings…since May 7, many in our community continue to creatively and collaboratively mull over permutations of possible 10th and even 11th sites [LASD is over 1000 students larger than a decade ago.]  Hopes for a bond have flourished too.

LALHPOLITICO:  Sure sounds like litigation lies ahead. We’ll all know more after the Monday evening LASD board meeting where the members have to vote to take action to provide one kind of facilities or another for Bullis Charter. [a. BCS K-8 all on Egan,  OR  b. BCS K-6 on Egan and BCS 7 + 8 on Blach OR a c. Something we haven’t heard about yet]

Some of Our other Posts on BCS-LASD

Timeline of a LASD-BCS Fracture

Thursday, May 31 – a negotiating meeting between LASD – BCS  was to occur

Friday June 1, Mark Goines, president of the LASD board, writes a letter to LASD Families. He says the latest proposal to BCS is a “term sheet”  that offers to house BCS K-8 at Egan for 2 years occupancy. It offers a few more portables and shared access arrangements. Mr. Goines says the offer is designed to give LASD “time to work through the details of a long term arrangement.”  It goes on to say that if BCS doesn’t agree to the term sheet (or something else satisfactory),  LASD will execute the Prop 39 offer for 2012-2013 ( the Egan plus Blach arrangement agreed to in March).  The board is expected to vote on the option on Monday June 4.  LASD MUST begin build out facilities in order to be ready for the start of the school year.

Friday June 1, Ken Moore, president of the BCS board, writes a letter to Mark Goines in reaction to the offer in the “term sheet.” He says, if any new proposal diverges from the framework on the key points 1) a guarantee of one of agreed specific sites, 2) moving to a site no later that 2014, then it is not acceptable. He said that if LASD had been able to find a specific clearly delineated 10th site in the weeks since the May 7 framework agreement, BCS would have been willing to to consider adding it to the other 4 agreeable campuses.  “BCS is not willing to further postpone obtaining the reasonably equivalent full-size contiguous campus its students are entitled to enjoy.”

BCS key points 1) a guarantee of one of agreed specific sites, 2) moving to a site no later that 2014.  If not that, then it is not an acceptable proposal

June 2, Ken Moore, president of the BCS Board writes a letter to BCS parents. It says the LASD term sheet draft proposal does not have the support of the BCS mediation team. The new proposal includes every concession BCS made to get to a long term site agreement, but then lacks any specifics or guarantee of a long term site.

Yesterday, LASD Board President Mark Goines distributed to the LASD community a draft proposal that does not have the support of the BCS mediation team. This “Term Sheet” outlines a new proposed agreement that bears little resemblance to the negotiated tentative agreement reached through mediation and jointly released by both Boards on May 7th.

The purpose of BCS and LASD engaging in mediation was to identify a viable guaranteed long- term site solution for BCS. This new proposal by LASD includes every concession BCS made to get to a long term site agreement but then lacks any specifics or guarantee of a long-term site.

Here is an edited version of my response sent to Mr. Goines on Friday, 6/1:

Hi Mark,
We all have spent many hours working through the mediation process and appreciate the serious efforts of the participants from both parties. As part of the process, there have been important and difficult compromises made by both sides that allowed us to arrive at a tentative mediated agreement. For BCS, the core benefit of the agreed framework was guaranteed delivery of one of four specific permanent sites by no later than 2014. While BCS committed to supporting a bond measure as part of the framework, the parties explicitly agreed that BCS’s risk should the measure fail to pass would be limited to spending one additional year on the Egan site (the 2013-14 school year), and that BCS would move to its full size home by the 2014-15 school year regardless. This core element is not present in your proposal.

Please convey this message clearly to your Board; any new proposal that retreats from the agreed framework by either (1) failing to guarantee BCS one of an agreed group of specific sites (with clearly delineated boundaries and facilities) or (2) failing to place BCS on a full-size campus by 2014 is not acceptable . If the District is no longer willing to structure a deal including these core requirements, then BCS is not willing to further
postpone obtaining the reasonably equivalent full-size contiguous campus its students are entitled to enjoy.

As the District expressed increasing difficulty adhering to the agreed framework in recent days, we had suggested the possibility of finalizing the details of an interim campus on Egan for 2012-13 only to allow a few more weeks to complete an acceptable long-term deal. Our thought was that the District could quickly chase down its ideas for a tenth site and either determine no new site was feasible by 2014 (thereby hopefully returning to the mediation framework site options) or ask BCS to consider a specific clearly delineated site addition. BCS has always said that the parties could mutually agree to an alternative site if the District proposes a specific one and BCS agrees the site would meet BCS’s interests.

However, the deal proposed provides no guarantees about the long term while locking BCS into a two year campus on Egan that falls far short of what was previously discussed even for that interim site. BCS has already been on a temporary undersized campus since 2004. As the Court of Appeal clearly stated, this campus has failed to provide BCS students with a fair share of public facilities since at least 2009. BCS families are entitled to know with certainty when BCS will be provided with a fair permanent home.

BCS is fully prepared to accept the mediated tentative agreement deal and is happy to work with the District within that framework on how to best utilize Egan until we are moved to one of the four sites.

I implore you and your Board to make a serious attempt at approving the tentative mediated agreement. We believe it represents the best option for moving forward in a cooperative manner.

Text from Mr. Goines’ email to the LASD parent community

We felt one more update on our negotiations with BCS would be appropriate before we finish the school year and head off for summer.  I know the board appreciates your continued interest and support as we work through the various issues before us.  We are grateful for all the effort you have each put forth in support of our community.  We understand you would like to stay informed, so we will do our best to keep you up to date.

We have continued our discussions with BCSs negotiating team but do not yet have resolution on either a long term agreement or any short term interim arrangement for next school year.  Our negotiating team has continued to meet with BCSs team and we have made several counter proposals that our board will be evaluating in our next meeting this coming week.  Our last proposal is a Term Sheet for a two year occupancy arrangement at Egan for their full K-8 program. If BCS accepts this proposal, this will give us time to work through the details of a long term arrangement. Although this proposal has significant short term impact on Egan, we hope this compromise will afford us the opportunity to collaborate with our community to find the best solution without the cloud of litigation.  The Term Sheet sent to BCS on May 31, 2012 is attached.

Our last proposal is a Term Sheet for a two year occupancy arrangement at Egan for their full K-8 program. If BCS accepts this proposal, this will give us time to work through the details of a long term arrangement.

If we fail to reach a satisfactory short term agreement in the coming week, we will need to move ahead with our current 2012/13 facilities offer to have BCS occupy both Egan and Blach next year.  Since BCS is not happy with this offer, we fully expect further legal action if we cannot reach any other arrangement. We are confident of our position in any such legal action, as this offer was crafted to exceed the District’s obligations under the law.  Nevertheless, because litigation is a cost and distraction from our core mission, we have proposed a short term agreement to BCS as a reasonable alternative to litigation.  Our board has put this item on our agenda for Monday, June 4th to review our options.

Finally, we wish to thank those who attended the joint Los Altos City Council / Los Altos School Board meeting last week. It was clearLASD needs to work harder at educating our community and bringing everyone up to date on the issues before us.  The council appreciated all of the information we shared with them.  We covered quite a few important topics and both boards agreed to engage in an open discussion regarding the possible use of the city’s property to help us identify an additional school site as a part of resolving our long dispute with BCS as well as to accommodate our student growth.  There remains much to do, but an important first step has been taken with the City of Los Altos.

at the joint Los Altos City Council / Los Altos School board meeting  May 29, it was clear LASD needs to work harder at educating our community and bringing everyone up to date on the issues before us

We look forward to your continued input, insights and support.

x Parties  will  continue  to  work  on  a  long-­‐term  deal  including  identification  of  sites  and  timeline.

x In  addition  to  the  above-­‐referenced  buildings,  the  District  shall  add  the  following:

o These  additional  K-­‐6  and  7-­8 classrooms to be located as proposed in District’s 5/16/12 draft facilities Agreement unless a different location is mutually agreed upon.

whatever  safety  features  are  required  by  DSA.

Shared  Facilities:
Egan  and  BCS  Staffs  will  agree  on  a  sharing  arrangement  for  parts  of  the  school  day  based  on  guidelines   and  time  and  day  parameters  that  will  be  mutually  agreed  upon  by  the  both  boards.  The  following   facilities  will  be  shared.

xPatch Soccer Field: could add “BCS will have use during school day except that Egan will have shared access during track season.

x BCS  agrees  to  accept  delays  in  implementation  of  improvements  at  Egan  based  on  construction  timetables. RED line indicates the proposed BCS share of Egan for 2013