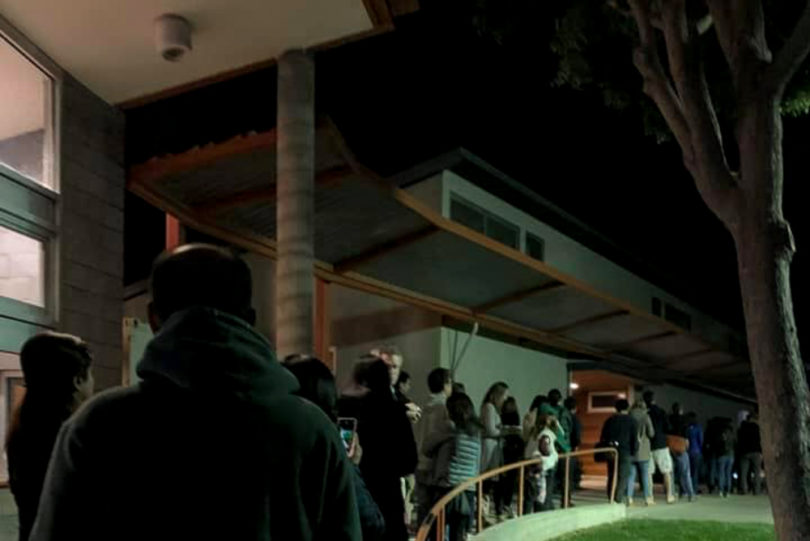 Unexpected community behavior – before and during the LASD BCS ideas workshops – means the ‘fully support BCS on 10th site’ data collected by MIG is fatally flawed. Problems include biased outreach, leaks of documents, undue influence on MIG’s ‘BCS ideas’ data reduction process, and selective dissemination of a “voting guide” before and during workshops.  All those workshop particpants’ clicks and manhours are looking worthless for helping LASD trustees make facility decisions.

Other critics have already bemoaned

1) The ~60 ‘BCS ideas’ were not explained with costs or tradeoffs.

2) There were way too many of them – ~60 ideas. MIG gave up on data reduction from the charette process; MIG kept every non-redundant idea no matter how illegal or expensive.

3) The focus of this public engagement process was limited by the Trustees to siting BCS, omitting important District ideas/goals like

a) LASD moving to a 6-8 middle school model to improve pedagogy and also to improve space utilization at the elementary schools and junior high schools.

b) Addressing the change in the geographic distribution of students – 18% are from NEC right now.  Why do all the other ‘neighborhoods’ in LASD get to call themselves a community, while NEC is not afforded the opportunity to become a community through its own school? Are they less than human and don’t know know to be a community?

UPDATE Dec. 3 – This article has been corrected to say that at Workshop 2, all 401 attendees were present at the beginning for the demographic questions. At Workshops 1 and 3, later arrivals who missed those demographic questions amount to about 8% of total 913 participants across all three workshops. Our position is that the 8% should be discarded. The LASD workshop of Nov. 4 ran out of clickers. People lined up and at some were turned away. Is the answer to unmet demand a third workshop?

How the data quality went south

First Problem: Workshop votes/data were collected from “late arrivals.” At workshop 1 – which Lalah attended on time – the number of ‘clicker holding’ participants rose from 203 at the 10am beginning  to over 240 by the 11:30 am end.  The  40 late arrivals missing demo data can be ignored perhaps.

UPDATED:  Orginal…At workshop 2, the number of clicker participants reportedly rose from ~250 or so at the 7 pm beginning to 401 – mid-meeting or later when THEY RAN OUT OF CLICKERS.  An extra 150 should not be ignored.CORRECTED:…A citizen has provided photos that show the 401 clickers were completely handed out at the start of the demographics questions. So this 2nd workshop had no missing data due to late arriving attendees.  New News…at Workshop 3  Lalah’s photos appear to show 232 clicker responses at the beginning demographic question and by the last batch of questions a high of 272 responses for the some of the ‘BCS at 10th site’ options. So there were 40 late arrival missing demo data, almost like at Workshop 1.  Lalah attended workshops 1 and 3. The original reporting on Workshop 2 was based on info shared with me on twitter and facebook.

The public was so worked up by activists that Workshop 2 ran out of voting clickers at 401 participants!

What’s so wrong with this late-comer data? The issue is whether the participants were allowed or required to go back and click all the questions from the beginning – especially the demographic questions – or did they just jump in at whatever ‘BCS idea’ was then up on the screen? The 30th idea? The 45th?

UPDATED Dec. 3 – Across all three workshops there seemed to be 913 respondents.  77 of them were late arrivals who seem to have missed the demographic question. This amounts to about 8% of the total. Trivial? The statistician in the house says throw out the incomplete responses. Late comers on Nov. 4, like those arriving a hour late,  found it easy to vote YES to click A) Fully Support – Moving BCS to the 10th site. Why? Because that was the last set of ideas to be voted upon.

Inside job to put the vote
on ‘BCS at 10th site’ last?

Did you notice how  “Put BCS on the 10th site” ideas were all in the final set – set 6?.  That meant a very, very latecomer could pile on and vote for ‘BCS on the 10th site.’  This was virtually the only BCS idea being promoted by the anti-charter activists as one to support.  Wait. There is one more idea they support:  if BCS were to dump 150 of its 1050 current students, and reduce enrollment to 900, then BCS could stay split on Egan and Blach as now.

If the latecomers did not answer the demographics question which were at the beginning of the workshop voting, that is a big statistical issue. The latecomer data should be segregated or discarded, not combined with the complete data. Imputing the demographics for latecomers from a subsample of the on-time participants is all wrong. Why? Because the activists were actively messaging and flogging parents and followers to come late. The activists knew the “Keep BCS on the 10th site” vote was scheduled for the end of the meeting. Some say Sangeeth Peruri is helping to tilt the table for the anti-charter activists.

Does MIG record the time a voting clicker was assigned? I suppose that for each clicker the first question that has a click as opposed to no click, does establish a proxy for the time of arrival.

What happened to the city of residence question that was asked during the idea gathering charettes? Were out-of-area people being called in to party-line vote for the BCS on  the 10th-site idea?

Does MIG send an email to each person who used a clicker… to verify the email and to verify the name recorded on the sign in sheet? I have not received one.

I have 5 email addresses.  How can MIG actually detect voters voting at both workshop 1 and at workshop 2? Are we to assume that anti-social behavior is a rare problem at MIG engagements, given the behavior that’s been going on here? Folks handing out campaign literature – like Peipei Yu – were allowed INSIDE the polling place. Should these events be treated like elections and follow election norms and laws? Campaign literature and people doing coaching…should remain outside the doors?

Now it is true that the LASD public engagement web page team had both LASD and BCS parents.  But didn’t they sign some kind of non-disclosure?  Perhaps not. How did the anti-charter activist group – which has at least three front organizations –  get enough advance knowledge to put together a Voting Guide promoting voting NO on pretty much all ideas except for voting YES to place all or part of BCS on the 10th site?

Who at LASD or MIG was in charge of the workshop outreach, aka the publicity and notification process? Several people who attended the charettes have told me they never received an email alerting them to the exact workshop schedule.  But they were expecting one. Was that too much to expect?   It was dumb luck I saw a notification for the Nov.2 workshop.

I don’t know if the LASD PTA and the equivalent ‘BCS Boosters’ sent workshop reminders to their lists of school parents.  Perhaps. But what about the non-parents?   Lalah has heard reports that former LASD Trustee Sangeeth Peruri’s Voter Circle software, now called OutreachCircle,  was important to the effort to get low-information parents, former LASD teachers, and other adult ‘friends of LASD’  to turn out en masse for workshops.

Sangeeth Peruri’s software may have aided the anti-charter activists campaigning. That’s legal of course. Lalahpolitico: Just creepy because the BCS community can’t trust it to use it for countervailing campaigning.

The huge lines to get into the Nov. 4 workshop at Blach, show there was unmet demand for party-line robot voting per the anti-charter activists’  ‘Voter Guide’.  The 2nd workshop ran out of clickers at 401 respondents.  “So, duh, let’s stuff the ballot boxes some more. “

Lalahpolitico: A third workshop will almost certainly be just be another outrage: all this non-local, outside influence on an “election” er, I mean a “polling.”

1) Change the Ballot layout. Mix up the 6 groups of BCS ideas, put them in a different order.  Within each group mix up the “ideas” in the group.  In other words, totally change the ballot look, but not the content. This will make it very difficult to prepare a low-information voter VOTING GUIDE. The mixing needs to occur a couple of hours before the workshop.  It needs to be witnessed by reps from BCS and LASD. The 401 ballots can be printed last minute.  I hope that printer collates!  And the clicker programing needs to be changed pretty last minute too.

2) Folks disseminating Voter Guides, campaign literature, Voter ideas, carrying signs or just cajoling people to ‘set them straight’, need to stay outside the polling place.  This is the law for real elections.  Let’s just treat this like an election.

3) Please have a minimum notification process of emailing to all the email addresses MIG has collected. And tell the newspapers of course. And tell any groups like LWV or what not — the ones originally visited during set up. They can send email blasts or not.